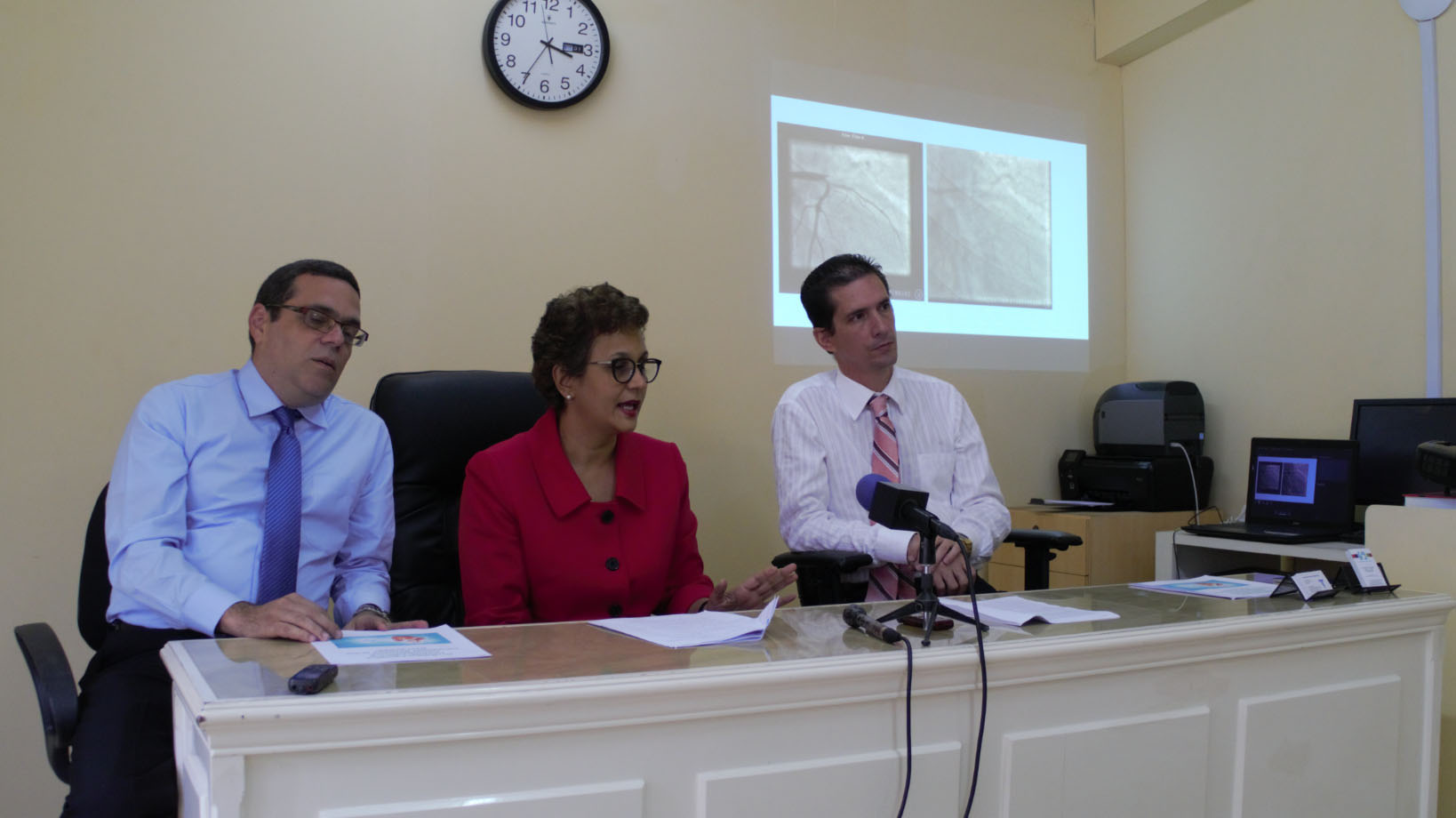 With the introduction of its full-time cardiologist, cardiac surgeon, and special packages for cardiac evaluation, the Dr. Balwant Singh Hospital (DBSH) is urging patients not to ignore symptoms such as chest pains.

At a press conference yesterday, Hospital Administrator Dr. Madhu Singh said that when the cardiology department was established in 2012, and which has since performed approximately 800 angiograms, it only had a visiting team.

Dr. Jorge Carlos Machin Rodriguez, a Cardiovascular surgeon, joined the staff at the DBSH in August last year. He has performed more than 2,000 cardiac surgeries including CABG (Coronary artery bypass grafting), surgeries for patients with congenital heart disease and valvular disease. He also has special training in Off Pump CABG (Off pump bypass), which is not performed by all cardiac surgeons.

The cardiology department is headed by Dr. Javier Almeida Gomez who has completed a fellowship in interventional cardiology in Spain. He has performed more than 9,000 coronary angiograms which are done using the radial artery in the hand. This allows for the patient to be discharged from hospital a few hours after the angiogram has been completed. In addition, he has performed approximately 2000 to 3000 stent placements and 150 angiograms at the hospital since he joined in October, 2015.

Dr. Singh said many people have the tendency of ignoring signs of a blockage which include chest pain and shortness of breath. She urged them to get tested early especially if they have a family history of heart disease or other risk factors, such as diabetes and hypertension, smoke or are overweight and to take advantage of the special prices that are being offered.

In a brief overview, Dr. Singh said its “cardiac catheterization lab is the GE Innova 3100 Cath lab”, and is one of the most widely used Cath labs in North America and Trinidad and has been approved by the Food and Drug Administration in the United States.

It would usually perform 15-20 angiograms per month, in addition to stent placements for blockages in the coronary arteries and pacemaker implantation for those patients who suffer from abnormal heart rhythms. Last week the hospital registered a new record by completing 40 angiograms between the period of April 25 and 30.

According to Dr. Singh, “Our Centre is the only one in Guyana to offer a 24 hours service provided by a full time Cardiologist, who is backed up by a full time Cardiac Surgical Team. This is the international standard of care and safety and is a requirement for cardiac centres to function safely and be licensed. If, any centre does not have a cardiac surgeon’s support, they are taking a huge risk with their patient’s lives!”

Dr. Rodriguez said a patient has up to six hours to reopen a blocked vessel after suffering a heart attack and that if diagnosed and treated early, they can save “cardiac muscle.” This is done by way of a stent, which is a special type of mesh tubing that is inserted into the coronary arteries supplying the heart.

The stent is inserted as part of the angioplasty procedure, which is performed to treat patients with narrowed arteries or blockages.

He said that in some cases when patients experience the symptoms and tests or treatment are ordered they refuse because they are not aware of the risks. He pointed out that the angiogram helps to save lives.

The doctors said it is important for the patient to visit the hospital for follow up treatment and stick to a proper diet to avoid re-blockage. They noted that men can have a heart attack at a young age and said last week they had a 34-year-old patient with a major blockage.

Women are not usually prone to having an attack until they are nearing the age of menopause but heart disease is said to be the number one killer in the world among them.

Dr. Singh said cardiac surgeries are important because there is a high incidence of cardiac disease in Guyana with deaths. Coronary artery disease deaths in Guyana, she said,  reached 888 or 15.7 percent of total deaths in May 2014, according to the World Health Organization. 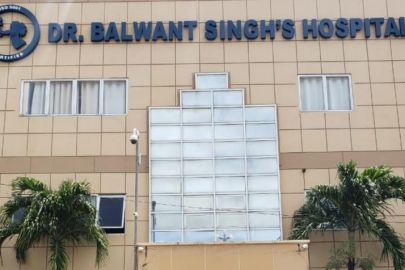