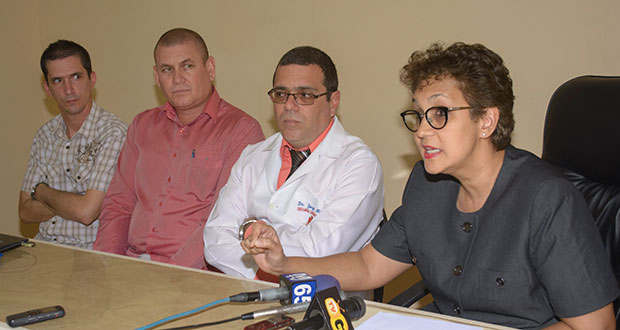 The Dr Balwant Singh Hospital cardiology team has given 26-year-old Fazil Ghany a second chance at life, despite the fact that other medical institutions had already lost hope in his chances of recovery.Singh, who was diagnosed with constructive pericarditis, a long-term or chronic inflammation of the sac-like membrane that surrounds the heart and causes scarring, thickening, and muscle-tightening, or contracture, was given 48 hours to live by another hospital.

The hospital’s administrator Dr Madhu Singh at a press briefing on Friday, said after Singh’s condition was deteriorating by the minute, his family decided to transfer him to the Balwant Singh Hospital.

“The man was advised by the other hospital that nothing could have been done in Guyana or anywhere in the Caribbean; however, his family made a decision to transfer him to our hospital,” Dr Singh related.

Ghany had been placed on many heart medications at the other medical institutions [where] he was treated, Dr Singh said, noting that this made his condition “very complicated.”

But the hospital’s cardiology team which consists of Cardiac Surgeon Dr Jose Rodrigues, Interventional Cardiologist Javier Gomes and Cardiac Anaesthetist Dr Gabriel Avalos worked hard to get Singh back on track.
The course of management which was taken by the Balwant Singh team was to stop the medications, treat his infection until he was stable, then, to perform what is known as a pericardiectomy — the surgical removal of part or most of the inflamed sac-like membrane which surrounds the heart.
“This was the first ever surgery of its kind in Guyana, and also because the patient was high risk, there was a great deal of pressure. But the surgery went as planned and we had a positive outcome,” a delighted Dr Singh said.
The surgery lasted a total of seven hours and was done on June 3, 2016.
Following the surgery, the patient remained in hospital for a total of nine days before being discharged.

His follow-up is being carefully managed by the cardiac team and was relatively uneventful, said Dr Singh.

Meanwhile, Dr Rodrigues explained that the work on Ghany was a sensitive procedure, but the team was focused and worked hard to give the young patient a chance to continue his life.

The Dr Balwant Singh Hospital Cardiology Department which has been functional since 2012 is equipped with Cardiac Catheterisation lab (Cath lab) – GE Innova 3100 Cath lab- which is one of the most widely used Cath labs in North America and Trinidad.

With the aid of part-time specialists at that time, they were able to perform approximately 800 angiograms between 2012-2016.

The department is currently performing 15-20 angiograms per month, boasting a record-breaking 40 angiograms between April 25 and April 30. 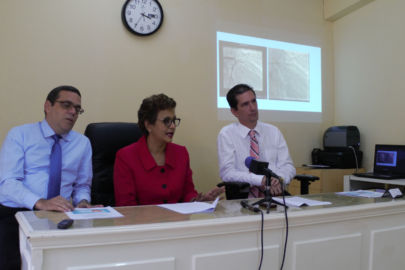 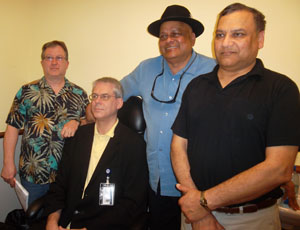