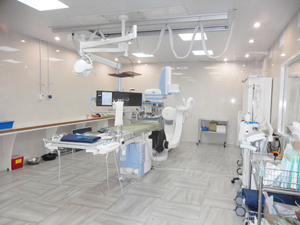 With specialist Dr. Mahendra Prasad Samal at its helm, the newly introduced Cardiac Unit of the Dr Balwant Singh Hospital is currently offering procedures that are relatively new to Guyana and perhaps the Region. Among the procedures now being offered are various cardiac interventions and more recently moves were made to address aortic dissection, which according to Administrator of the Hospital, Dr Madhu Singh, is a relatively rare condition in patients.

Aortic dissection is said to be a medical emergency and can quickly lead to sudden death, even with optimal treatment. So rare is the condition that Dr Samal, during an interview with this publication, said that many persons will die before reaching the hospital and a lot will also die even after reaching the institution. However, Dr. Samal, who functions as the private hospital’s Interventional Cardiologist, disclosed that so rare is the condition that a mere 50 individuals worldwide might be diagnosed per year. He explained that Aortic Dissections resulting in rupture have an 80 per cent mortality rate and 50 per cent of patients die before they even reach the hospital.

Just a few weeks ago, Dr Samal, who was formerly attached to the reputable Apollo Hospitals in India, was tasked with undertaking the intricate operation at the local private hospital. The operation was in fact a success.

The aorta is the only exit and largest blood vessel from the heart which distributes blood to other parts of the body like the brain, the chest and the spinal cord, the kidney, the intestines and the legs. This big artery has three layers like any other artery, the external, middle and internal layer.

According to Dr Singh, when there is a tear in the inner layer of the aorta that causes blood to flow between the inner and middle layers of the wall of the aorta, it forces the layers apart, thereby causing Aortic Dissection.

The Administrator further expounded that due to high pressures in the aorta, blood enters the media at the point of the tear and the force of the blood entering the media may cause the tear to extend proximally (closer to the heart) or distally (away from the heart) or both. The blood from the heart travels through the area created by the tear (false lumen) while some continue the way it was intended (true lumen) thereby making the aorta double-barrelled, added Dr. Singh.

She went on to disclose that the blood-filled false lumen may rupture to the outside of the aortic wall causing sudden death and blood inside the belly, chest and outer covering of the heart called the pericardium. Since blood goes into the false lumen instead of the true lumen, blood flow to all vital organs is jeopardised leading to brain ischemia and brain stroke, shutdown of the kidneys and paralysis of the lower part of the body due to spinal cord involvement and gut ischemia and necrosis.

The Interventional Cardiologist also revealed that the symptoms of the condition may also mimic those of other diseases which often result in delayed diagnosis. About 96 per cent of patients with aortic dissection experience severe excruciating pain that had a sudden onset with shortness of breath and sweating. It may be described as tearing, stabbing, or sharp in character, and some individuals will feel the pain migrate as the dissection extends down the aorta, the officials explained. However patients who do not present with pain are usually victims of chronic aortic dissection, they added.

The Magnetic Resonance Imaging (MRI), which was recently introduced by the private hospital, is currently the gold standard test for the detection and assessment of aortic dissection, said Dr Samal who insisted that “everybody should go for regular check-ups…we are declaring to the public to come and get the benefit check up here.” Moreover, the Balwant Singh Hospital has been offering a cardiac check-up package which can be utilised by patients of both genders, as according to Dr Singh, many females are of the opinion that males are more prone to heart conditions.

Women, she asserted, do get heart attacks, especially those that are getting close to menopause, even as she added that “the risk is just as much as that of the men, in fact more women die of heart diseases than of cancer of the breast. Cancer of the breast is a big disease that everybody investigates, that everybody treats and manages, but nobody cares to educate women on lifestyles modifications, diets, exercise, and also regular check up…” It is for this reason, Dr Singh noted, that proactive measures are being taken by the private hospital to help with the fight against heart conditions. 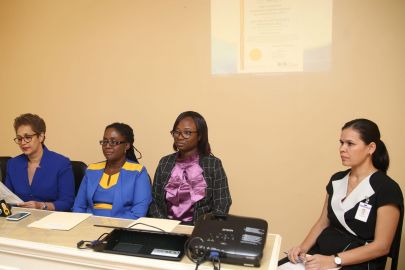 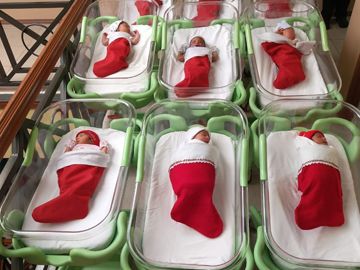